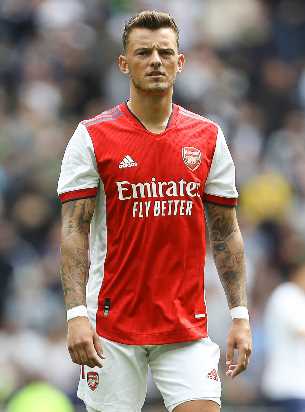 English centre-back Ben White has seen a lot at all levels in football despite being only 23 years old. Before arriving at Arsenal on 30th July for a hefty £50 million price tag, he gained experience in all four leagues in English football, though it's only in the previous two years and impressive seasons at Leeds and Brighton that the defender has caught more attention.

In 2019-20 he was a core part of the league-winning Leeds team, playing all 46 games as they achieved promotion back to the top flight after a long absence. With this came the Young Player of the season award and a place in the 2020 PFA Team of the Year for the Championship. He was only on loan from Brighton at this time, however, and thus he returned to his parent club for the following season - not before Leeds had numerous attempts to sign him permanently turned down, as Brighton instead secured his signature on a long term deal. Despite picking up an injury in the opening game of the 2020-21 season, White would go on to play a pivotal part in key moments of Brighton's campaign including the 1-0 win over former champions Liverpool at Anfield and a 3-2 comeback victory over new champions Manchester City in May. He would be named their player of the season and earn a place in the provisional England squad for Euro 2020, though would initially miss out on the final team for the tournament (later drafted in as a replacement for the injured Trent Alexander-Arnold), likely due to inexperience at international level. Nonetheless, Ben White would make his first international appearance for England against Austria in a June friendly. If he continues building on his talent at Arsenal, there's no reason he can't make many more in future. Features of his game show a versatility that allows him to fill in at right-back or as a defensive midfielder, as well as his favoured centre-back position. His affinity for surging runs forward from the back also make him a highly valuable counter-attacking asset. Of all Arsenal's summer signings, White could well be the key to a more successful season.